Given the sheer amount of Korean beauty products launching every month, it’s hard to keep up with what’s new in K-Beauty. To help you navigate the complex world of Korean Beauty, every week I break down the hottest beauty launches coming from Korea. 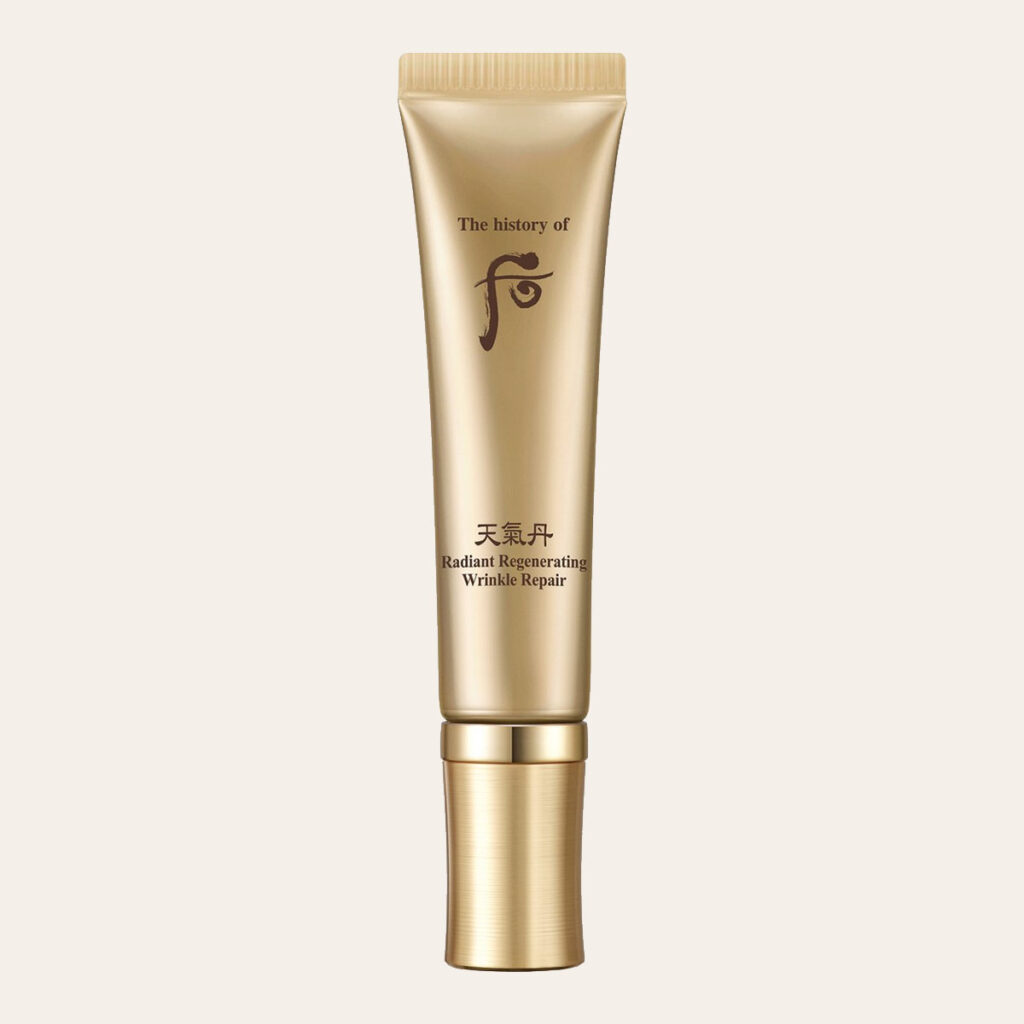 The “Cheongidan Hwahyun Radiant Regenerating Wrinkle Repair” that improves the appearance of wrinkles in the eye area and the rest of the face, contains Peptigentox™, which was created using Whoo’s oriental medicine technology and helps reduce both deep-set and emerging superficial wrinkles.

In addition, it contains CheonGiBiDan, the key oriental medicine ingredient of Whoo’s popular line Cheongidan. The ingredient delivers vitality and radiance to dull and wrinkled areas and provides rich nutrition to the skin for a complete anti-aging treatment.

When it’s applied to the under eye area and areas where you are most concerned about fine lines, the highly-concentrated cream formula smoothly seeps into the skin with a matte finish, helping reduce the appearance of wrinkles and brighten up overall skin tone.

Sulwhasoo, Korea’s representative luxury beauty brand, is set to launch the renewed “Concentrated Ginseng Renewing Serum EX“, which offers fast results thanks to the use of an innovative capsule technology.

“Concentrated Ginseng Renewing Serum EX” is the upgraded version of Sulwhasoo’s “Concentrated Ginseng Renewing Serum” which generated over 100 billion won [t/n around 82 million USD] in cumulative sales since its launch in 2018. The serum boasts strong self-resilience properties provided by Ginsenomics™ along with a fast-acting triple firming effect.

Sulwhasoo’s 50-year ginseng research combined with the latest discoveries in skin science, led to the creation of Ginsenomics™ capsules which offer a triple resilience-boosting effect to replenish, support, and help strengthen skin after one week of use.

Ginsenomics™ is an active beauty saponin which is 6,000 times more concentrated than CK saponins found in natural ginseng. Only 1g of Ginsenomics™ can be extracted from 1000g of ginseng. Ginsenomics™ represent the essence of Sulwhasoo’s beauty science and they help address skin aging at its root by enhancing skin’s self-resilience.

In this product in particular, a capsule technology was applied to Ginsenomics™ to preserve their efficacy and aid skin absorption. While generic capsules usually consist of a membrane surrounding active ingredients, Ginsenomics™ capsules were obtained using a novel self-assembling emulsion capsulation technology. This innovative technology preserves the efficacy of active ingredients, and allows them to be absorbed quicker by the skin thanks to the absence of a membrane layer.

As a result, the “Concentrated Ginseng Renewing Serum EX” offers a fast-acting effect that produces noticeable results after only one week of use. The 100,000 patented Ginsenomics™ capsules dissolve as soon as they touch the skin and are quickly absorbed, delivering firming effects 8 times faster than the previous version. Through in-vivo tests conducted after one week of use, the serum was shown to improve skin density by 10.26%, increase skin elasticity by 1.92% and reduce the appearance of wrinkles by 18.96%.

The product has a highly-concentrated texture that provides intense nourishment but is also absorbed easily. The formula doesn’t leave any sticky residue behind and has a subtle fragrance of ginseng flowers. 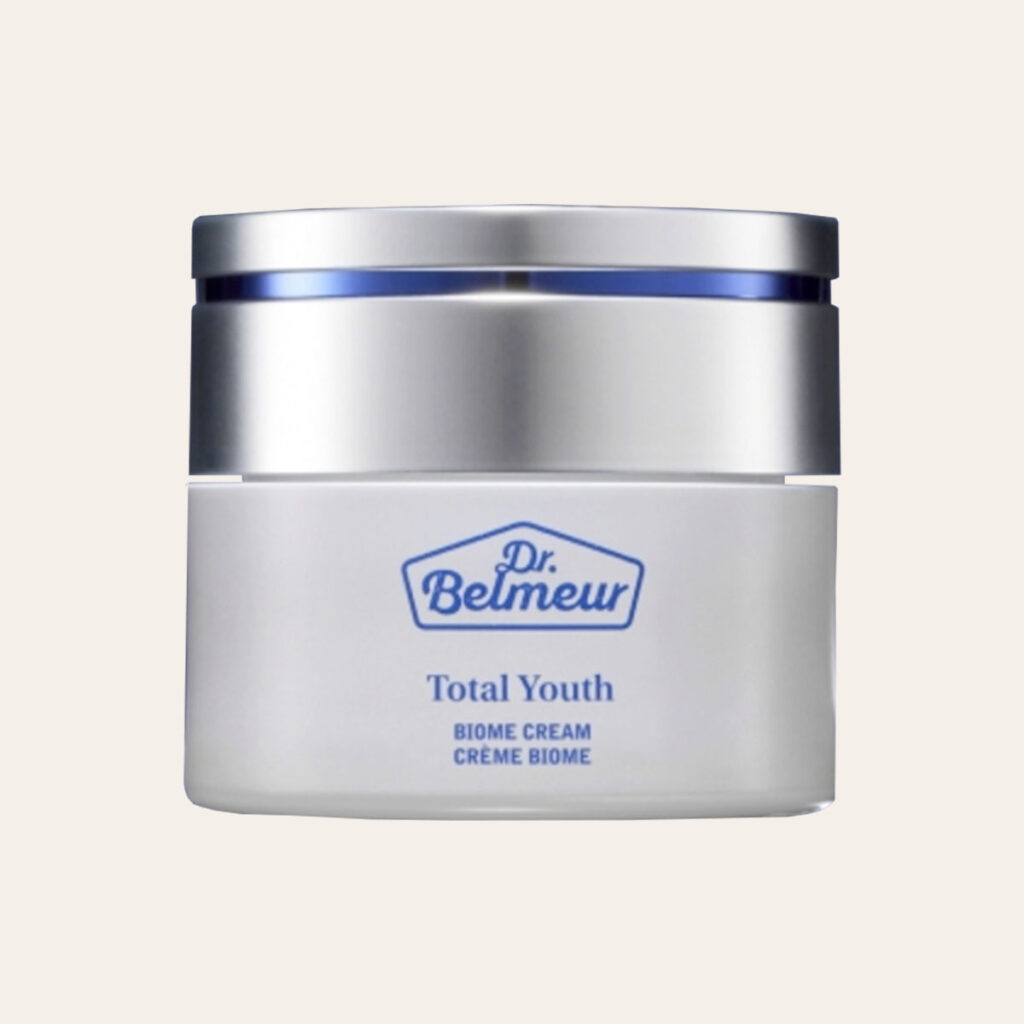 The new product was formulated with a compound of lactic acid bacteria commonly found on the skin of healthy young people in their 20s. “Total Youth Biome Cream” is an anti-aging cream that targets the 5 signs of aging (wrinkles, decreased elasticity, enlarged pores, dryness, lackluster skin tone) and offers a powerful and three-dimensional skin firming treatment.

The cream successfully completed primary skin irritation tests so it’s suitable for sensitive skin and it was also recognised as a double functional cosmetic for its anti-wrinkle and whitening properties.

Aestura announced the relaunch of “A-Cica 365“, their line for hypersensitive skin irritated by daily external stimulation.

The line offers an even stronger soothing effect for sensitive and irritated skin thanks to CICA BPM™, a proprietary ingredient developed by Aestura which combines beta-glucan, phytosterol and madecassoside.

The line consists of three products: a serum, a cream and mask pads.

“A-Cica 365 Blemish Calming Serum” contains 78% of highly-concentrated CICA BPM™ microsome, and helps soothe skin and relieve blemishes at the same time. Through in-vivo tests, the product was shown to improve skin temperature, texture and temporary redness after just one use. It addition, it contains 2% of niacinamide so it can help relieve blemishes when used consistently for over two weeks. Aestura used a patented microsome technology that allows the active ingredients to be delivered more quickly into the skin by breaking down CICA BPM™ molecules into 1/20th the size of human pores.

“A-Cica 365 Calming Cream“, a renewed version of “A-Cica Stress Relief Cream Essence”, contains a combination of CICA BPM™ and 5% Panthenol, a targeted calming ingredient, to soothe skin and lock in moisture for 48 hours, twice as long compared to the previous formulation. 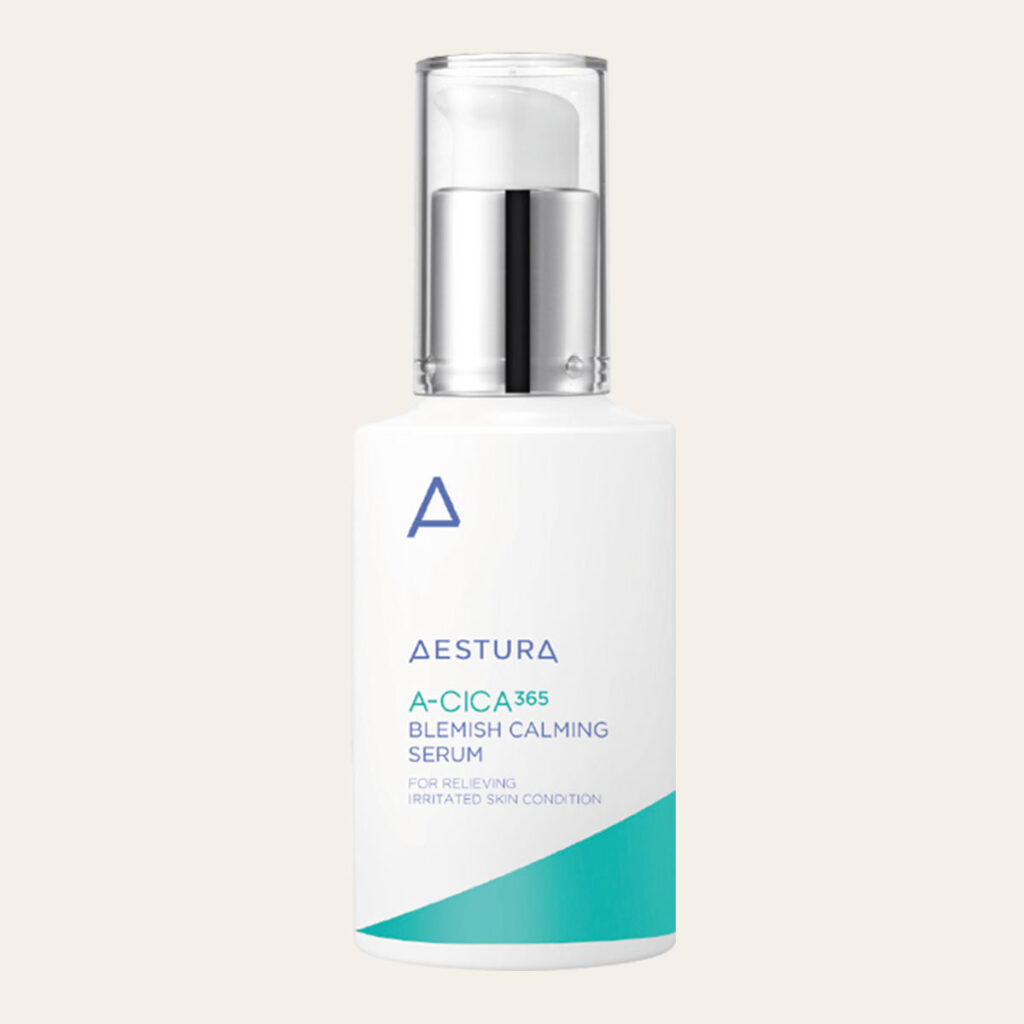 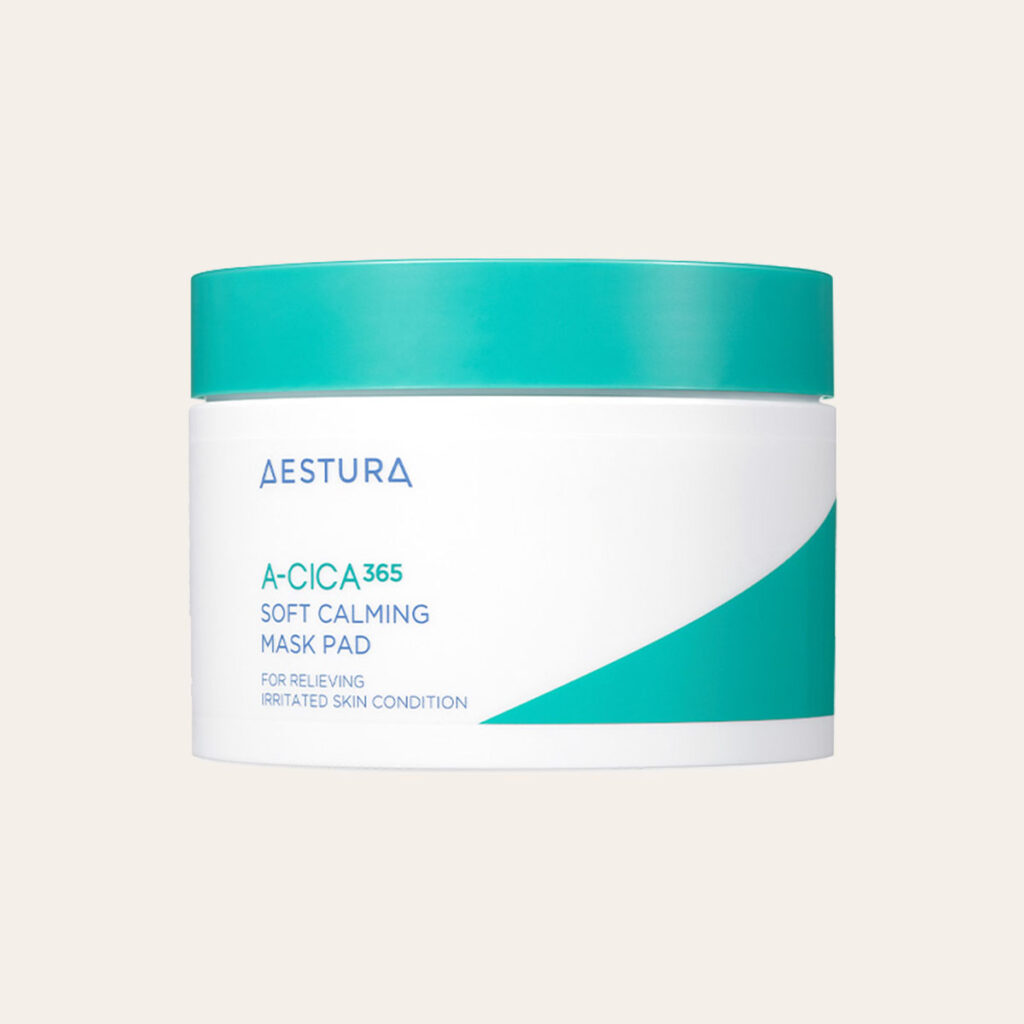 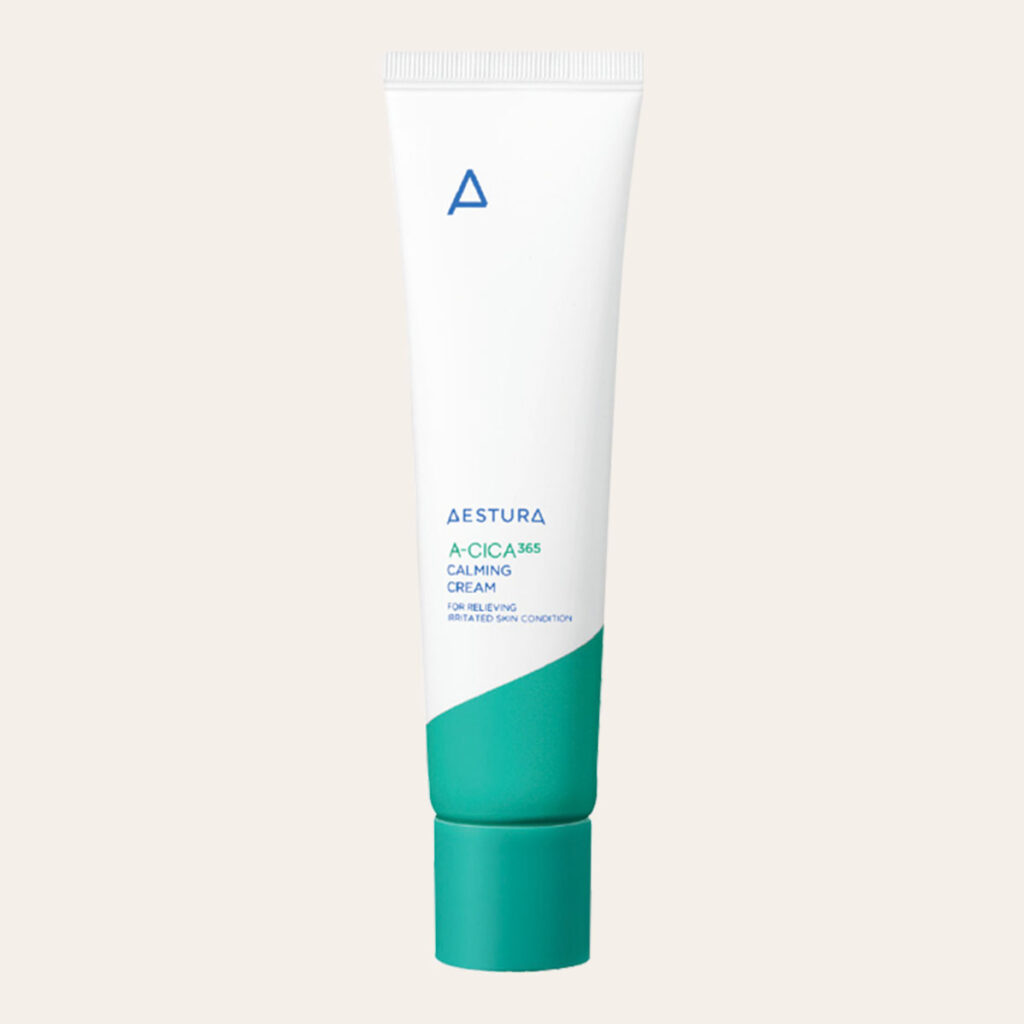 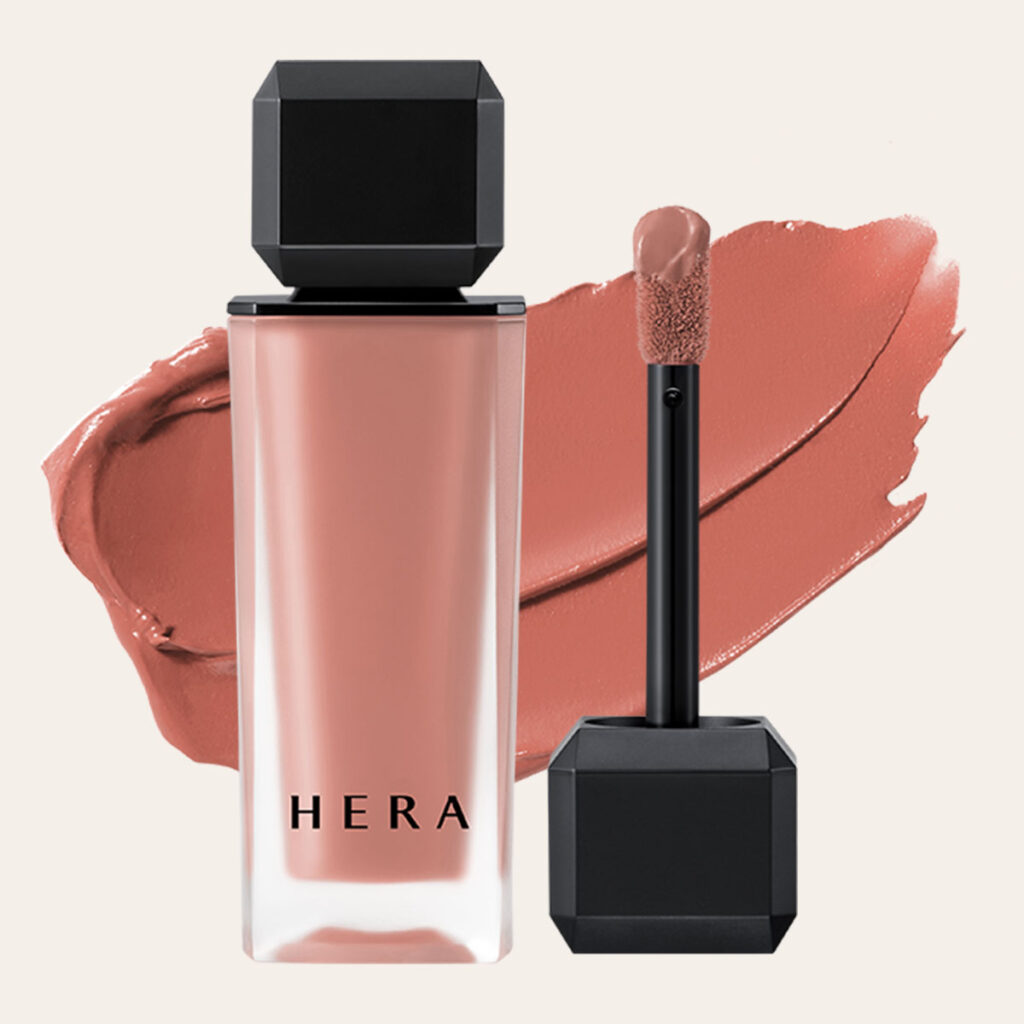 The “Sensual Powder Matte Liquid” consists of a total of 9 shades, including 3 existing bestsellers (Pampas, Rosy Suede and Seoul Daze) and 6 new colours (Gam, Another, Lip Morning, 37.2, Forever Young and Sexual Chocolate). It delivers a comfortable, long-lasting and uniform blurred finish thanks to an improved formula that overcomes the disadvantages of velvet lip products, such as dryness, poor durability and flakiness.

The lip tint can also be used as an eyeshadow and blush because it allows natural and smooth blending. 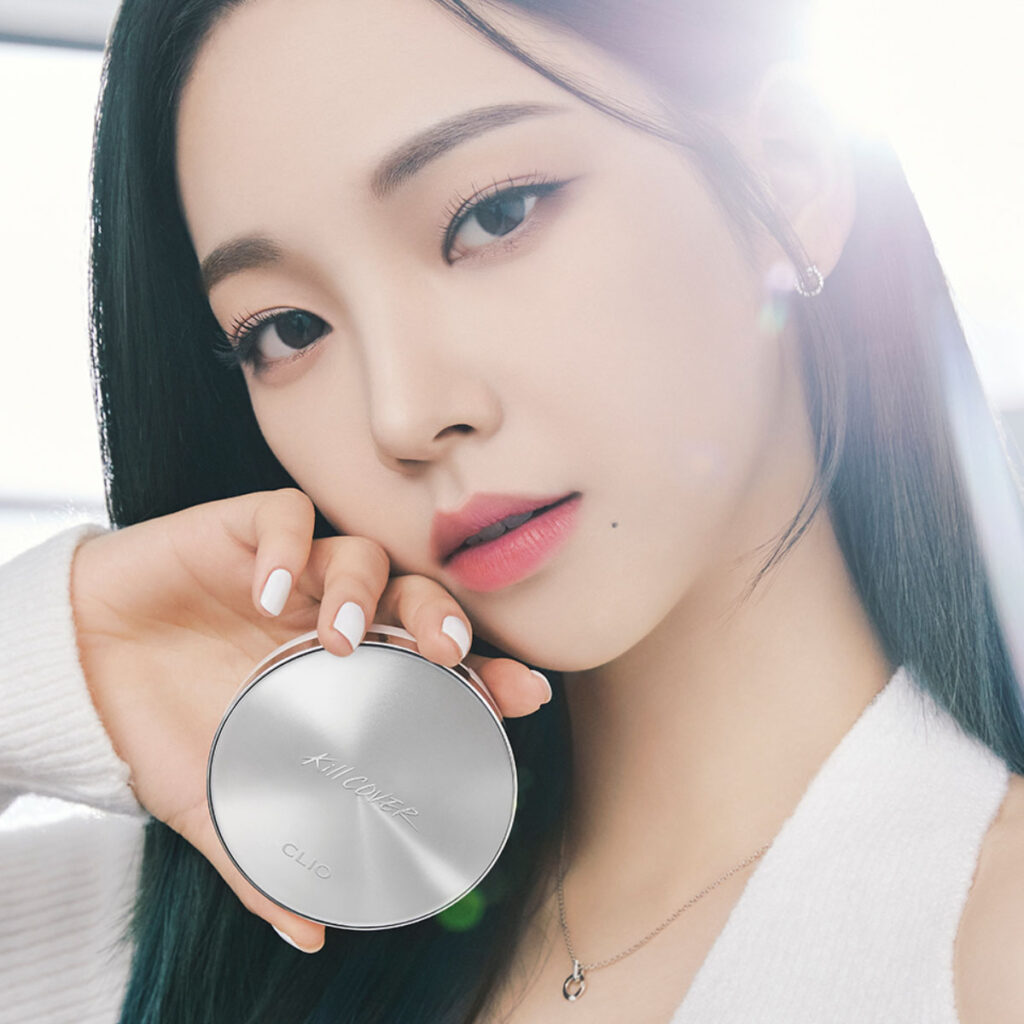 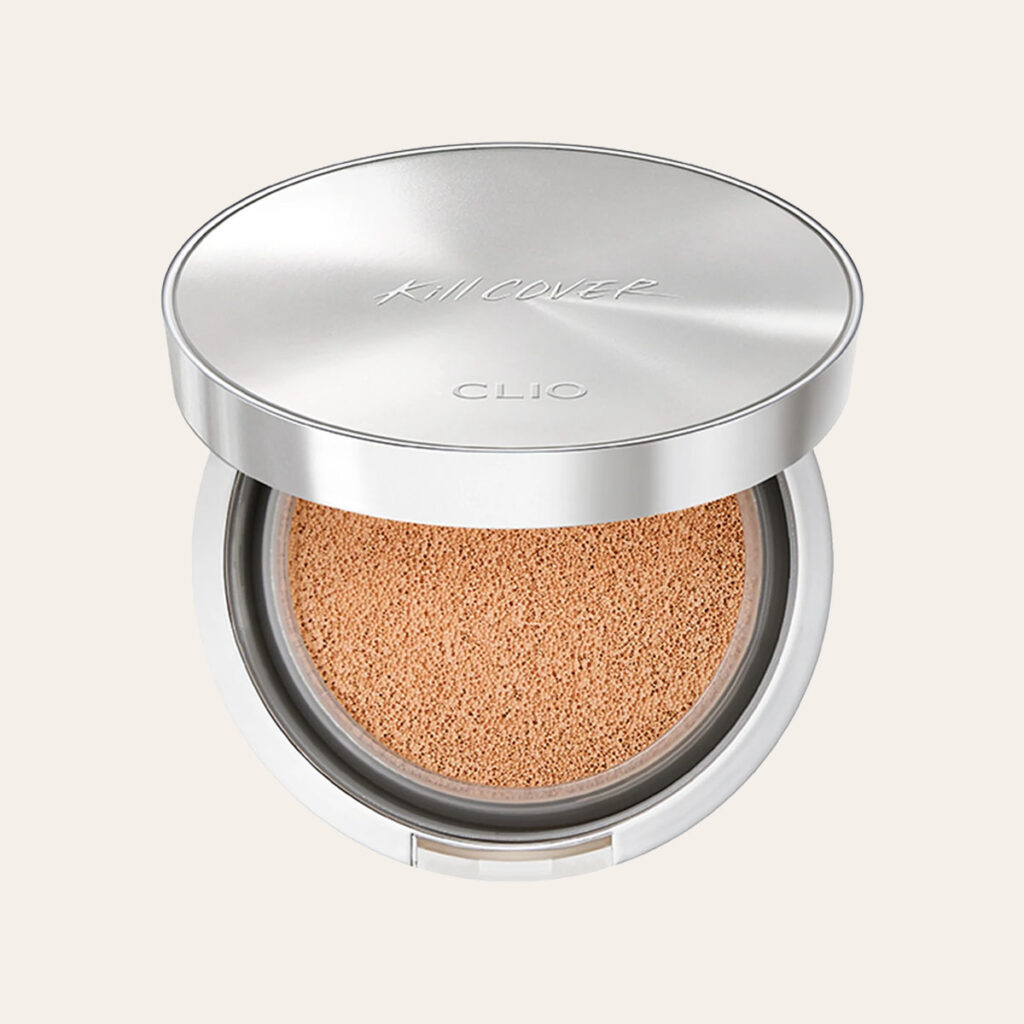 “Kill Cover Calming Cushion” is a daily cushion that can be worn comfortably even under a mask. The cushion doesn’t contain any silicone oils and helps relieve skin thanks to plant-derive calming ingredients like Centella Asiatica extract.

The cushion features a droplet-shaped puff with a narrow upper part that allows a more detailed application in small and delicate areas like nasal wings and double eyelid folds. The puff fabric contains Castor Seed Oil, a plant oil that helps reduce irritation.